Defending Yourself Against a DUI Charge 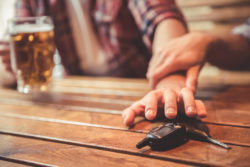 When’s the last time you consumed an alcoholic beverage? If you’re anything like the average American, then you’ve likely indulged within the past year. In fact, recent surveys indicate that about 40% of Americans drink excessively.

While there’s nothing wrong with partaking in an alcoholic beverage now and then, it is a crime to get behind the wheel while under the influence. If you’re accused of the crime, then you could face serious consequences like jail time or a loss of driving privileges. While New Jersey recently green-lit a new law for first time DUI offenders to insert an ignition interlock device into their vehicles in an effort to avoid license suspension, there are still penalties associated with drunk driving. If you’re in this situation, then you need to know about the possible DUI defense strategies you can use to your advantage.

The Initial Traffic Stop was Illegal

One common DUI defense strategy is arguing that the officer didn’t have a reason to pull you over in the first place. This argument is effective because officers can’t initiate a traffic stop without cause. In many cases, the officer will allege that they witnessed you swerving or speeding. They may claim that you had a malfunctioning taillight. Either way, you need to prove the officer’s basis for the stop as invalid. While effective, this strategy only works when you have proof the initial stop was illegal. Any he-said, she-said arguments are unlikely to work. You’ll need hard evidence like dash-cam footage.

The Officer’s Observations Were Invalid

Another defense approach to a DUI charge is to argue the officer’s observations were invalid. This method is very effective when you have a valid reason for acting in a certain way. Slurred speech, for example, could be the result of a speech impediment or medical condition. Red eyes could be the result of your medication or fatigue.

The Test Results Are Invalid

Before you’re arrested for a DUI, police will often administer various tests. This may include a field sobriety test, breathalyzer or blood draws. This test is what the officer will rely on as evidence against you. It’s a valid defense strategy to challenge the test’s accuracy. Here are a few limitations of these tests:

You can use these test’s limitations to argue that the officer’s evidence is invalid. If you can convince the judge, then the evidence against you (and likely your whole case) will be thrown out.

Have you been charged with a DWI or DUI offense in New Jersey? A drunk driving conviction could leave you with hefty fines and even jail time. That is why it is imperative that you speak with a qualified DWI defense lawyer about your case. The Law Offices of Michele Finizio represents clients charged with drunk driving, breath test refusal, and related offenses in Camden, Cherry Hill, Washington Township, Monroe, Mount Laurel, Medford, and throughout New Jersey. Call 856-599-5519 or fill out our confidential online contact form to schedule a consultation about your case. We have an office located at 9 E. Main St, Moorestown, NJ 08057.

The articles on this blog are for informative purposes only and are no substitute for legal advice or an attorney-client relationship. If you are seeking legal advice, please contact our law firm directly.

“First-class representation. We owe a debt of gratitude for her service. I was shocked at how much she was able to do for my son. She is a solid lawyer who is honest and works to ensure the best possible outcome for her client is achieved.”
- Former Client

“I could not have asked for a better attorney. Michele Finizio treated my case and the cases of those I’ve recommended as if we were part of her family. She gave it all she had. Thank you very much for an outstanding job.”
- D.A.

"Michele is an outstanding, no-beat-around-the-bush lawyer. She has done a remarkable job for me. She comes HIGHLY recommended by me to anyone who needs an experienced criminal defense attorney."
- C.O.

“Very professional qualities. I highly recommend Michele and will continue to seek her legal expertise in the future.”
- Former Client
View All Client Reviews